Gelfond: IMAX Is Not “Giant Screen” 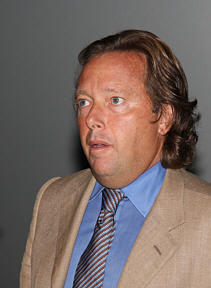 Richard Gelfond, co-CEO of Imax Corporation, told a meeting of IMAX theater operators and filmmakers “we don’t think of [the IMAX brand] as the giant screen.” Rather, he said, “it is the best immersive experience on the planet.”

This new position from the 40-year-old company that has used the tagline “Think Big” for the last several years, coincides with the rollout of its new digital projection system, intended to be retrofitted into 35mm multiplex auditoriums. Imax has signed deals for more than 170 digital theaters, about 50 of which are expected to be installed by the end of the year. The screens in these houses will be between 40 and 60 feet wide, averaging less than one-third the area of the average film-based IMAX screen of 60 by 80 feet (18 by 24 meters).

The news was not well received by most of the 100 operators of IMAX film-based theaters attending the meeting. GSCA chair Toby Mensforth, who oversees the Smithsonian Institution‘s three IMAX theaters, told Gelfond that the company had “grossly underestimated” the concerns of many of his colleagues at IMAX theaters in museums and science centers. He asked Gelfond if the company would reconsider branding the new screens, to differentiate them from the larger, film-based venues.

Gelfond said he would listen to the industry’s concerns, but “the question of creating a different brand is really off the table.” The company’s position is that all IMAX theaters, regardless of format or screen size, provide “the IMAX Experience.”

He said that in discussing the issue internally, Imax execs had decided that branding the newer theaters as “digital,” with its connotations of newer and “cooler,” might create the perception that the older theaters were “second class citizens.” Gelfond went on to say that “Your customers are going to know that your screen is bigger than someone else’s and when the consumer decides whether they want to go to your theater or another theater, that’ll be one of the factors they consider.”

In a separate session, Imax’s executive VP of theater development, Larry O’Reilly, said that digital system customers AMC Entertainment and Regal Entertainment Group had initially asked for a separate digital brand, but the company had talked them out of the idea.

After the meeting, giant-screen industry insiders expressed their dissatisfaction with the news. Mark Bretherton, CEO of Australia’s LG IMAX Theatre Sydney, told LF Examiner that Imax could have characterized the digital system as “IMAX quality in a new setting. Tell consumers that, meet their expectations, and they will be happy. Tell them they will have an IMAX experience and then offer them something below their expectations and they will feel cheated.”

Another long-time theater manager, who asked not to be identified, challenged the idea that the IMAX experience can be divorced from giant screens. “If the size of the screen and the resolution of the image are taken out of the equation, that leaves stadium seating, six-channel surround sound, and the occasional 3D. By these criteria, Real D and Dolby are delivering the IMAX Experience.”

Ed Lantz, an expert on digital planetariums who spoke at the conference, said, “With regards to Imax’s marketing strategy, they have seemingly ignored the concerns of their existing theater client base and independent producers by not clearly differentiating the new digital systems from true 15/70…theaters, which have far greater resolution than the new digital systems. This disregard for existing stakeholders who essentially built the IMAX brand over the last decades is a major PR blunder in my opinion, with extensive moral, if not financial, repercussions.”

Gelfond also confirmed what LFX had previously speculated, that the IMAX digital system is proprietary, and that any producer who wants to distribute films to those theaters will have to go through Imax Corporation for special processing and, presumably, permission. (This is in contrast to conventional digital cinema projectors, which use open, non-proprietary standards.) Gelfond said that the company had decided to allow productions “captured on either 15/70 or 8/70 [film] and…less than an hour” to obtain that processing at “minimal” cost.

Fred Ashman, producer and director of Proud American, a 105-minute film shot in 15/70 and 35mm, told LFX, “Imax is assuming full vertical market control of the digital screens, and will unilaterally decide what movies get converted, played, when, what the costs will be. This is very disturbing news for filmmakers and theaters.”

Full details of this an other stories, including complete coverage of the GSCA conference, will appear in the October edition of LF Examiner. To subscribe, click here.