Dunkirk to Get Large 70mm Release 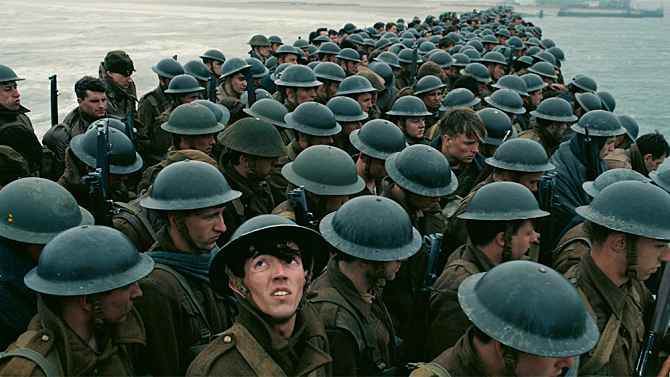 Originally published in the Summer 2017 issue.

Director Christopher Nolan’s Dunkirk will have the largest 70mm release in 25 years, with at least 33 15/70 prints and 109 5/70 prints set to be screened in theaters in 21 countries worldwide, starting July 19. In addition, at least 25 IMAX laser theaters will run the film, the only venues, other than IMAX film theaters, that will project the movie’s full 1.43:1 aspect ratio. About 75% of the 106-minute film was shot with IMAX 15/65 film cameras, the rest on 5/65 stock.

Dunkirk will be shown in 15/70 in 22 theaters in the USA, including ten institutional theaters, eight of which are domes. In addition, five museum theaters and three multiplexes will show the film on IMAX laser systems.

Four Canadian theaters will run Dunkirk in 15/70, and one with laser.

Of the 109 multiplexes running 5-perf prints, more than a third also have IMAX digital theaters, although it is not clear whether those IMAX screens will also show the film. This could lead to some customer confusion, if people buying tickets for an IMAX digital screening believe they are seeing 15/70 or 5/70 film.

Produced by Syncopy and distributed by Warner Bros., Dunkirk tells the dramatic true story of the evacuation in 1940 of more than 300,000 Allied soldiers from the French town where they were surrounded by the German army.