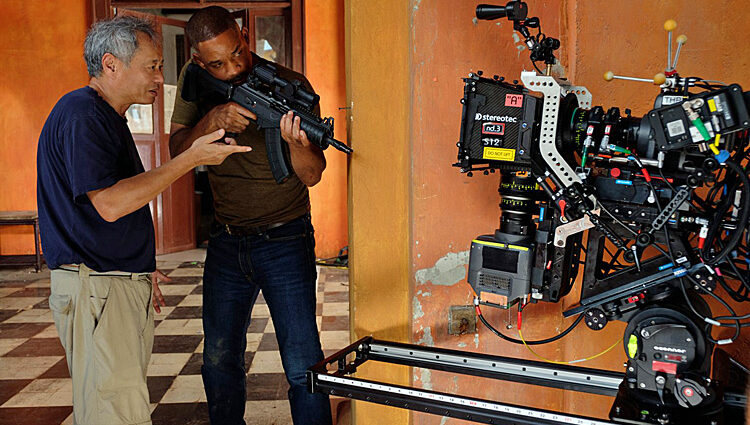 Director Ang Lee and Will Smith on the set of Gemini Man.

Oscar-winning director Ang Lee (Brokeback Mountain, Life of Pi) and technical supervisor Ben Gervais discuss what they have learned about High Frame Rate (HFR) from shooting two feature films in 4K 3D at 120 fps, and the implications of the format for GS documentary makers.

Gervais and stereographer Demitri Portelli will speak about and demonstrate HFR in the Innovations Session at the GSCA‘s Film Expo in Los Angeles, March 9-10. For more information click here.

In the latest move in a complex six-year legal battle, Imax Corporation is asking an appeals court to overturn an award of nearly $1 million for legal fees and court costs it has been ordered to pay Giencourt Investments, S.A., a developer of IMAX theaters in South America.